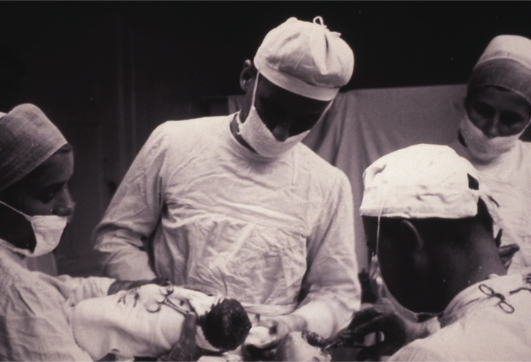 Amputation surgery has been documented for well over 3,000 years as a result of traumatic injury, judicial punishment, and disease. Although the concept, removal of a nonfunctional or potentially disease-laden extremity has not changed much,the return to function has advanced greatly only in the last 100 years.

Modern amputation surgery should be performed with the idea of returning a patient to as much function as possible based on their preoperative abilities.

The concept of Osteomyoplastic reconstruction developed as a result of thousands of World War I veterans who were only able to “exist” in a nonfunctional state, in an era when manpower was critically short. From a study of the regenerative powers of the periosteum, initially applied to defects of the jaw, face and spine from trench warfare, developed the current technique.

Subsequently, over 20,000 soldiers who survived the conflict, who were facing limb loss, with inadequate prosthetic and rehabilitation care, now had options available to them.

Therefore, Professor Dr. Janos Ertl (1880– 1951) (right) was given the task and obligation to find a suitable way to reconstruct and revise these amputees, giving them a functioning extremity once again. The principle is simple; through biological planning, the natural forces of the bodies’ regenerative Osteomyoplastic Amputation Reconstruction capabilities can be directed and guided to re-create a more functional extremity, which then can be fitted with any type of prosthetic device based on the patient’s ability. In effect, “the surgeon’s knife becomes an instrument of nature.”
These observations were the results of the work by Ertl’s predecessors and contemporaries who used the available technology at the time as well as laboratory experimentation to identify how bone and tissue heals itself.

Later, investigators also re-created the clinical findings of Professor Ertl in laboratory situations, thereby validating on a scientific and investigative level the theories of how well the Osteomyoplastic amputee can perform.

Operative intervention is dependent on too many factors to adequately describe in this monograph. The ultimate decision for surgery requires a thorough physical examination, review of the patient’s history (what was done, when, where, and why?); current imaging (X-ray, MRI), as well as a willingness to undergo the necessary care and refitting of the new stump. This involves the efforts of not only the patient, and the patient’s family, and the surgeon, but the prosthetist as well.The procedure was brought to the United States and performed principally in the Chicago area by Dr. John and William Ertl, sons of Professor Dr. Janos Ertl. 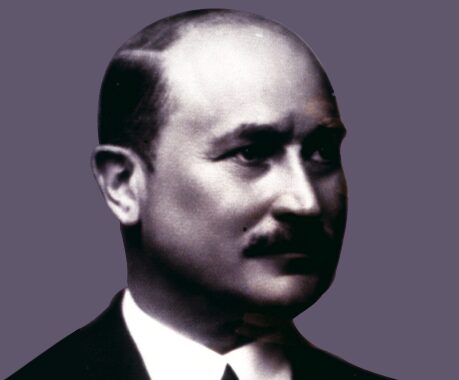 In Memory of John W. and William Ertl Md

Both received their medical training at Pazmany Peter University (now Semmelweis University), Budapest. His education was enhanced by the training he and his brother William , received from their father, Janos Vilmos von Ertl Sr., who was the surgical chief and surgeon general of Hungary at that time.

The family was separated during World War II, but they were reunited in Herborn, Germany, as war refugees. In Herborn, Ertl established a surgical practice with his father and brother, where they cared for tens of thousands of war veterans and civilian casualties.

This work continued until an invitation from Dallas B. Phemister, MD, at the University of Chicago, brought the family to the United States. 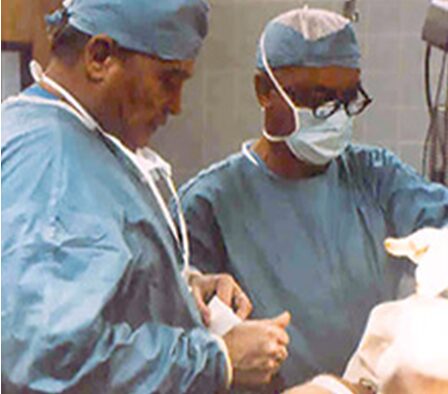 Although an accomplished surgeon, both Ertl’s were required to repeat their surgical training, at Presbyterian Hospital (now Rush University Medical Center) ; and for William at Hines VA Medical Center as well as the now-closed St. Anne’s Hospital. On completion of that training, they established a surgical practice in Hinsdale, Illinois. It was there that their surgical skills were solidified over 40 years, including the reintroduction of the Ertl Osteomyoplastic reconstruction procedure, developed by their father, for individuals with amputations.

Both Ertl’s remained an active member and board member in multiple societies, including the American College of Surgeons, German Medical Society, William G. Barr Foundation, and Hungarian Medical Association of America (HMAA).